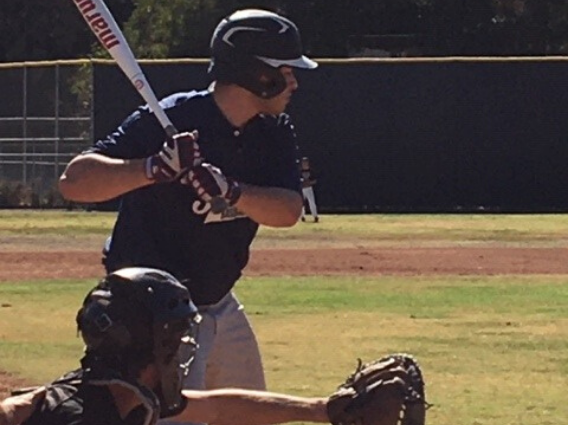 My name is Eli Kreshek. I am a senior in high school, anxiously waiting to find out where I will be spending my next four years. Before I got to this point, I suffered from terrible back pain. Around the age of 15, I started to feel terrible pains in my lower back. As an athlete, we grow up with the mentality of playing through injuries. Countless times you hear the phrase “Rub some dirt on it”. That’s exactly what I did. For almost 9 months I rubbed some dirt on it and kept playing. It wasn’t until I got to camp for the summer that I couldn’t play through the pain any more. The camp, which is all sports all day, is the highlight of my year. Not being able to play sports there was truly devastating at the time. The only thing worse than not playing the sports, was not knowing why I wasn’t.

I spent the two months at camp going to physical therapy and sitting on the sidelines watching all my friends having the times of their lives. As the pain progressed, my parents decided that it was time to get an MRI. The results of this MRI came back saying that everything was clear. With this great news, I got right back into sports that day and subsequently had excruciating pain as I took my first swing in the batters box. Not being able to do one of the things I love most in my life was heartbreaking and really took a toll on my psyche at the time. I came home after the two months and was still not getting better.

We seemed to try everything.  I wore a full upper body brace for two months while going to school and my pain still carried on. It wasn’t until I got to Children’s Hospital Los Angeles, that someone finally gave us a different answer:  I needed surgery. Hearing those words from the doctors and my parents was honestly pretty scary.  I had never had surgery, never spent any time in a hospital, and never felt so vulnerable. My stomach dropped and I couldn’t take my mind off of it for days. It wasn’t until I went back to meet with the doctor that I was able to feel more at peace with what was going to happen.

The thought of relieving all of this pain was an extraordinary idea. For the better part of a year, I had been in the most excruciating pain of my life. I went to sleep on January 1st content and prepared for what was about to happen. I showed up at the hospital on January 2nd and felt the anxiety draped over me. The idea of having surgery is terrifying, but knowing that I would soon be on the path to recovery was an indescribable feeling.

I said goodbye to my dad as I was wheeled into the operating room, and the next thing I remember is watching my favorite show on the television. I spent nearly 6 hours in surgery to fix three fractured petacles in my spine. I have an incision down nearly half of my back, and a smaller incision on my waistline where bone was taken from my hip to rebuild part of a petacle that detached. All in all, I have 6 pieces of metal in my lower back, and two beautiful scars.

As I gingerly walked around the hospital feeling as though I was walking for the first time again, I peered into rooms and was saddened by what I saw. I was reminded how fortunate I was to be able to say definitively that I would be leaving the hospital after four short days. Children in rooms next to me were not able to say the same.

During my time in the hospital, I received amazing care from everyone. The hospital staff continuously checked on me, the doctor who performed the surgery stayed in touch, the associate doctors checked in hourly (or at least it seemed), and the nurses were incredible. This prompted me to want to give back to this amazing place.

With the change that my dad was holding after his many trips to the cafeteria, we came up with the idea of raising simple pocket change to be given back to CHLA. It seems almost too simple. Everyone has pocket change, we just wanted to redirect it towards something that could really benefit from it.

Thanks to a partnership with the Stromsborg and Apfelberg families, we were all able to grow Change 4 Children’s and put the money towards what we knew was something meaningful for patients and nurses. As every family has had at least one child that has been treated for a different injury or ailment at Children’s Hospital, we knew exactly how to help. While resolving my lingering health issue was a huge relief, and was the real goal of my experience at Children’s Hospital, Los Angeles, that turned out not to be the only benefit.  I left with a deep understanding of how fortunate I am, and how easy it is to make a difference, by just putting in the effort.  There can be no argument that the entire experience has had a profound impact on my daily life.  There is not a day that goes by where I do not have a coin in my pocket and remember my own experience and realize that the coin in my hand can do more for someone than anyone realizes.

The Change 4 Children’s Foundation is a registered 501(c)(3) organization focused on funding child life services and innovation initiatives at Children’s Hospitals across the United States. The primary mission of the Foundation is to empower young people to be philanthropic within their own communities and to focus on improving the patient experience for their peers in need.

Go to smile.amazon.com every time you order Designate Change4Children's as your "charity".